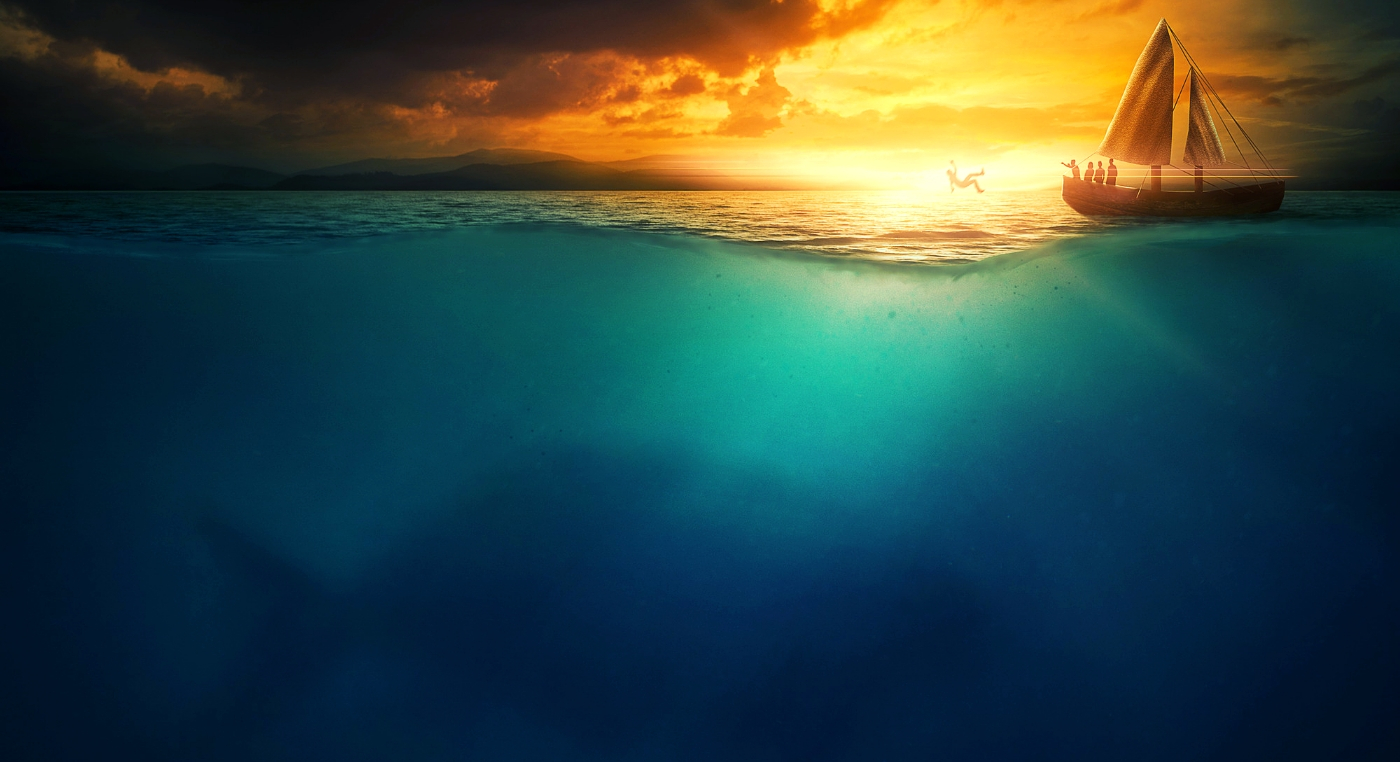 Has God ever asked you to do something you didn’t want to do?

Kids can be brutally honest when they don’t want to do what they have been told.

They will tell you why they don’t want to do what you have asked, who you should have asked instead of them, and even why you shouldn’t have asked them in the first place.

As adults, we know that sometimes God asks us to do things that push us beyond our capability or make us uncomfortable because He knows, in the end, what’s best for us.

Use this kids’ ministry game on Jonah, based on Jonah 1:1-3, to teach kids that they should be obedient to God because He knows what’s best for them.

If you like this game, then be sure to check out our Kid’s Ministry Curriculum for PreK – 6th Grade. It’s easy to use & ready to go, requiring little to no prep time. Our curriculum is also family focused, Bible based, interactive, and fun!

Bottom Line: We should be obedient to God because He knows what’s best for us.

This is an indoor game that requires a good amount of floor space for gameplay.

For the game, teams will line up on opposing walls.

Use masking tape to create a line on the floor in between the walls.

You will need a total of eighteen ping pong balls.

If you are able to purchase two different colors of ping pong balls, feel free to use those instead.

For each team’s set of ping pong balls, mark eight balls with a “N” for Nineveh and one ball with a “J” for Jonah.

Have each team line up against opposite walls with the line in the center of the floor separating them.

Assign a ping pong ball color to each team.

Place all of the ping pong balls on the center line, keeping each team’s balls lined up together.

Say: Raise your hand if you have ever heard the Bible story about Jonah and the great fish.

Jonah was a man who was given a mission by God—to tell the people who lived in a city called Nineveh that God wanted them to turn from their evil ways.

Instead of following God, Jonah ran the opposite way.

That’s what we will be talking about today, but first we’re going to play a quick game.

When I say “GO,” your teams will run to the center line and pick up a colored ping pong ball.

If the ball is marked with an “N,” you will run back to your team’s wall.

The “N” on the ball stands for Nineveh.

If you pick up a ball that is marked with a “J,” you must run to the opposite wall.

The “J” stands for Jonah, and we know that he ran away from Nineveh.

The first person to the opposite wall with the “J” ball must shout “Jonah!”

If you are the first person with a “J” ball to yell “Jonah,” you will win the round and the player from the other team with the “J” ball is out.

Next, we will place all of the balls back on the center line, this time removing one of the “N” balls from the team who lost a player in the last round.

Our game will continue until there is only one student left on one of the teams.

If you have more than eighteen kids in your group, here are some gameplay options:

In the first round, if a student is unable to grab a ball when the game starts, they are out.

Say: In the game we just played, Jonah (the player with the “J” ball) ran away from the place God wanted him to go.

So, let me ask you this… Do you always do what you’re told to do?

Raise your hand if your parents have ever asked you to clean your room.

When they asked, did you do it? Again, allow for reponses.

Sometimes we don’t like to do what we’re told, do we?

In the Bible, we read about a prophet named Jonah.

A prophet is a person sent by God to deliver a message to a person or group of people.

Jonah listened and obeyed when God spoke to him… well, most of the time.

Today, I want to tell you about one time that Jonah listened, but chose not to obey God.

The Lord gave this message to Jonah son of Amittai:

“Get up and go to the great city of Nineveh. Announce my judgment against it because I have seen how wicked its people are.”

But Jonah got up and went in the opposite direction to get away from the Lord.

Say: You may have heard the rest of the story before, but I want you to imagine what it would be like for God to talk to you.

Imagine that you were told by God to go to a city where everyone knew that the people were evil and wicked.

I don’t think I would want to go to a place like that, but that’s exactly what Jonah was told to do.

Jonah thought about it, but then he said “No!”

Can you believe that?

Not only that, Jonah ran the other way from Nineveh, as fast as he could.

So, let me ask you a question.

Ask: Do you think God had a plan for Jonah in Nineveh?

Allow a few responses from kids.

Of course, He did.

And God wanted Jonah to be obedient in order to be a part of that plan.

Instead, Jonah got on a ship headed for Tarsus, which was almost the exact opposite way from Nineveh.

Nineveh was a wicked city that dishonored God, and Jonah knew it.

When he was on the ship heading to Tarsus, a really big storm tossed the ship up and down and side to side.

Finally, he realized that God had sent the storm and that everyone on the boat would die if the sailors didn’t throw him overboard into the sea.

Then, God sent a fish, but not just any fish.

The Bible says it was a GREAT fish.

It swallowed Jonah up, and he lived inside the fish for three days. Then the fish SPIT him up.

I don’t know about you, but if I disobeyed God, ran away, got swallowed and then spit up by a gigantic fish, I would probably decide to obey God.

Ask: Why do you think we should obey God?

Allow a few responses from kids.

After being spit out by the fish, Jonah finally obeyed God and went to Nineveh to tell the people to repent because God was going to destroy the city.

To Jonah’s surprise, guess what they did?

They repented, and the Bible says that God spared the city of Nineveh.

If Jonah had not (eventually) chosen to be obedient to God, think about what would have happened to the city.

If you like this game, then be sure to check out our Kid’s Ministry Curriculum for PreK – 6th Grade. It’s easy to use & ready to go, requiring little to no prep time. Our curriculum is also family focused, Bible based, interactive, and fun!