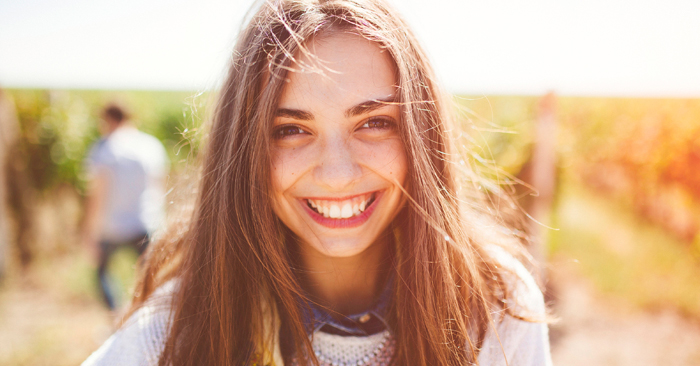 The Best Way the Best Speakers Write the Best Messages

Have you ever been to one of those massive conferences where the best Christian speakers from all around the world are present, been enthralled by one talk after another after another, and then whispered to yourself:

Well, as it turns out, you probably can. The best speakers give the best messages not because they’re somehow more special or gifted or blessed than you are.

It’s because they work at it differently than you do – and almost certainly longer and harder than most of us.

If you want to excel at the art of preaching, captivate audiences, and make the Gospel message engaging and crystal-clear; you just need to understand the best way the best speakers do it.

Once you know the Scripture you’re preaching on, read those verses a lot. A dozen times a day for a week.

Read the entire chapter to figure out how this passage relates to the larger picture.

Read the entire book to figure out how this chapter relates to the fuller story.

You know how sometimes in your Bible, there will be itsy-bitsy little letters indicating a footnote and how sometimes those footnotes will reference a verse in the Old Testament?

Go back and read those verses and the chapters surrounding them to better understand how this story relates to the larger story in all of Scripture.

After you’ve done all of that reading, you’ve only just gotten started.

Dive into trusted commentaries, denominational resources if you’ve got them, and find books that already tell the story you’re trying to tell.

You’re not doing all of this reading so that you can regurgitate everything you’ve learned later. Instead, you’re trying to become as intimately familiar with the Story as you can.

You’re reading and drawing connections between pieces you hadn’t seen before.

A good rule of thumb is that you can spend 2-4 hours simply reading through your Scripture and complementary sources before you even begin to write the first words.

Don’t begin by trying to craft a message with a beginning, a middle, and an end. Instead, start by writing paragraphs or even pages about the things that stuck out to you the most.

Write paragraphs or pages about the illustrations that sprung into your mind while you researched. Not all of these things will feel like they go well together – in fact, many of them won’t.

Don’t worry about that now.

Your research crammed so many ideas into your head that they’re almost certainly spilling out into an abundance of words on pages.

This is the point when many of us will say something to the effect of, “There’s enough here to do a whole series just on this Scripture!”

How much writing should you do? I usually aim to write twice as much material as I have time to speak.

So if I speak at a rate of roughly three minutes per page, and I’m speaking for 15 minutes, I want to fill ten full pages (30 minutes) worth of material before I move on to the next step.

This step is difficult. It’s painful. It’s also the step that most significantly separates the best speakers from the rest of us.

Great speakers have just as many awful ideas of bad speakers.

The only difference is that great speakers are better at squashing those awful ideas before they reach their final drafts.

Sometimes, they even have to squash good ideas – because those good ideas aren’t as good as the great ones.

When you hear three excellent illustrations from an excellent speaker, it’s most likely that the speaker started off by writing a dozen illustrations before he pruned it to his best three.

Since I usually try to write twice as much material as I need, I usually have to edit half of what I write. A few of those things might get filed away and saved for later.

Many more wind up at the bottom of my wastebasket.

Have you ever told a joke that just bombed? Ever wondered why that doesn’t happen to big speakers on the big stage?

It’s not because they’re better joke-writers than you.

It’s because they’ve tested their jokes many times on many different audiences, and the jokes that don’t get laughs are obliterated before you have the chance to hear it.

Stand-up comedians tour small, divey comedy clubs testing and ruthlessly editing new material before they ever get themselves and HBO special.

A friend of mine thought he had written a really killer sermon illustration about Scottie Pippen and Michael Jordan. I have no idea what it was supposed to be about.

That doesn’t matter, because he never delivered the illustration.

Before he brought the message to the full group, he tested it out on his guys’ small group.

They looked at him blankly, blinked a few times, and then finally asked:

He could have just run forward with that illustration and received a sea of blank stares from a room full of teenagers instead of five sophomore guys.

But testing his illustration made sure it never made it to the bigger audience.

Another friend tweeted what (he thought) would be the most memorable soundbyte from his upcoming sermon.

People tweeted back at him that they didn’t know what he was trying to say. He wrote a new soundbyte.

Never just assume your creative ideas, attempts at humor, or clever illustrations will go off without a hitch. Try them on a few people and see what happens.

You don’t have to speak your whole message to a dozen different groups.

But if you’re opening with a joke, test the joke.

If there’s a five minute experiential activity, test the activity to make sure the instructions make sense and that it can actually be done in five minutes.

The most painful preaching moment I ever witnessed was the pastor who told a joke from a joke book will visibly holding the joke book.

He didn’t tell the joke so much as read the joke.

This is the fastest way to make any joke not funny (and it wasn’t a particularly funny joke to begin with).

I could write here that if you’re the kind of person who needs a joke book to tell jokes, then maybe you shouldn’t be telling jokes, but I won’t.

Instead, I’ll say this. Memorize the joke.

You can’t say that God’s really placed this burden on your heart and then forget what the burden was that you were supposed to communicate next.

And while I don’t think that you need to fully memorize your manuscript, I do think you should be able to share the story of Scripture, personal stories, jokes, and developed illustrations without reading them directly from a page.

That’s correct. It is a lot of work. But it’s all work that you can do. In fact, here are the two takeaways for you to build into your ministry and into your own psyche.

LAST, BUT NOT LEAST.

You already know that there is so much more to youth ministry than just speaking in front of groups of teenagers.

It might not be worth the time it takes to put together a message the way the real pros do if that preparation takes you away from one-on-one time with students, training volunteers, or a hundred other ways you’re already doing ministry during the week.

5 Replies to “How to Write Life-Changing Youth Group Messages”