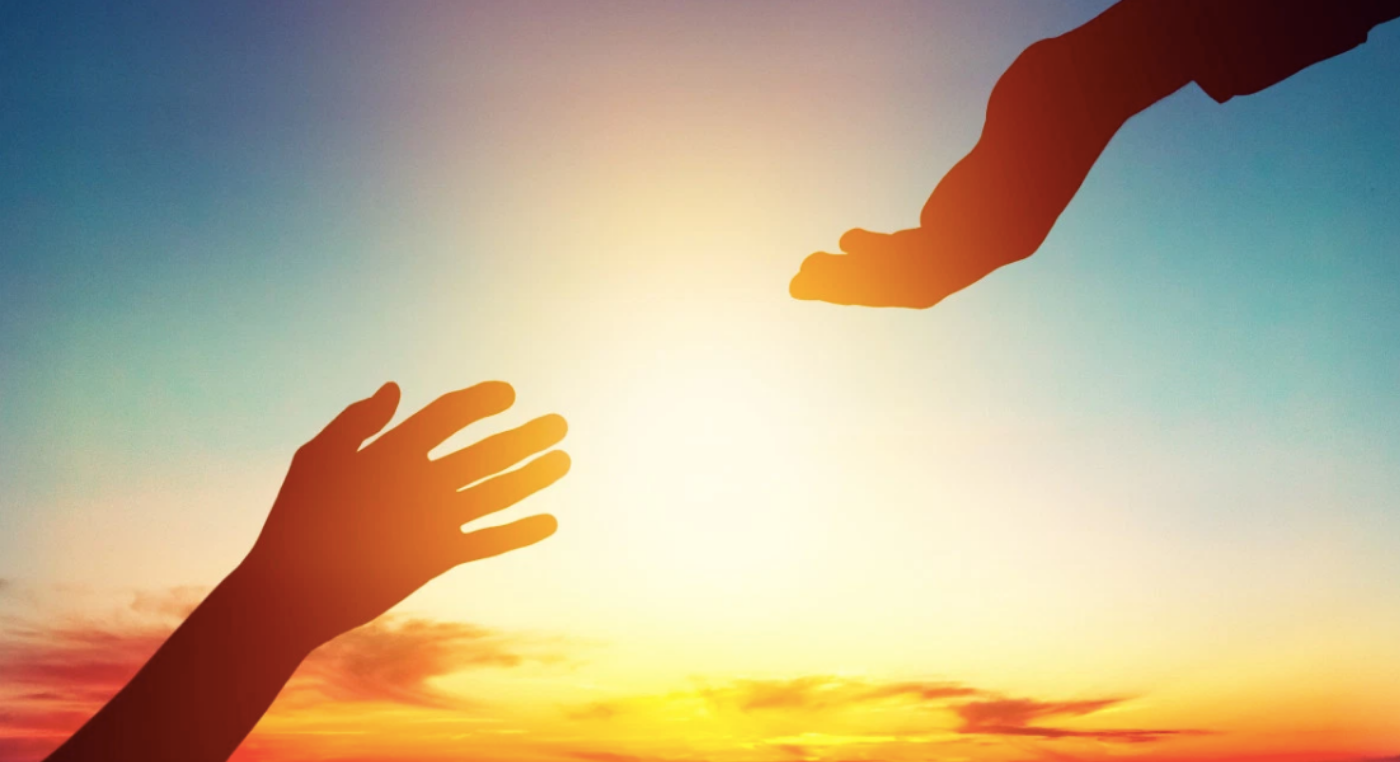 Forgiveness is a gift you give others and yourself.

When you forgive others, it allows them to move on and helps bring peace to your own heart and soul.

Because God has forgiven you of so much, you should extend that same grace to others in your life.

Use this junior high lesson on forgiveness to teach students that forgiving others shows that they understand God’s forgiveness in their own life.

JUNIOR HIGH LESSON ON FORGIVING OTHERS

Bottom Line: Forgiving others shows that we understand God’s forgiveness to us.

Divide students into three teams of equal size and have them form single file lines.

For example: If you have 15 students in attendance, you will have 3 teams of 5 students.

Give each team a pack of cotton swabs, a ping pong paddle, and a bucket.

Give every person a straw to use during the game.

Have a leader on hand to keep score throughout the game.

You will need to use a whistle during the game.

Have each team choose a student who will hold a bucket and stand about 10-feet in front of their team’s line.

Next, have each team choose a student who will use their team’s ping pong paddle throughout the game.

Have the student with the ping pong paddle stand at the beginning of their team ‘s line.

The student in the middle will fire the cotton swab through their straw at the student holding the ping pong paddle.

That student will try to hit the cotton swab with the ping pong paddle over the head of the middle student and down to the person on the other end holding the bucket.

It would be great to have a set of adults who can demonstrate this to the teams before the game begins.

THE TWIST: The student holding the bucket may also try to catch cotton swabs from the other teams as well.

The team with the most cotton swabs in their bucket at the end of the game – wins!

There were a few times you tried to take the other team’s cotton swabs… and I have bad news for you..

According to society, theft is against the law.

Theft is the act of taking something that is not yours without permission.

Now, obviously taking a cotton swab during a game is different than taking $10 million dollars that isn’t yours, right?

ASK: Why is that? Aren’t they both considered theft?

Let’s suppose someone took a paperclip from their teacher’s desk that they didn’t ask to use.

For that “crime,” the punishment would be minimal, if anything.

But stealing $10 million dollars would require years in prison and probably restitution as well.

Although they are both considered theft, the value of the item that is taken is the reason for the difference in punishment.

Punishment is more extreme when the value of the item is higher.

There is a famous quote that says, “Unforgiveness is like drinking poison, but expecting the other person to die.”

One of the absolute hardest things to do is to forgive someone who has done something wrong to you.

When that happens, you go through a broad range of feelings – hurt, betrayal, and even a loss of trust.

And you’ve probably even heard some people say something like “I’ll forgive them, but I’ll never forget what they did to me.”

But has forgiveness actually taken place if that thought is lingering in the back of your mind?

Sometimes we even hold on to those feelings only to remind the person of them later.

Peter, one of Jesus’ disciples, was known to have had a temper and react aggressively from time to time.

And he may have had an issue forgiving others, so one day he decided to ask Jesus about it.

Then Peter came to him and asked, “Lord, how often should I forgive someonewho sins against me? Seven times?”

“No, not seven times,” Jesus replied, “but seventy times seven!

Whoa! That’s 490 times – for each timesomeone sins against us!

ASK: Do you think that’s too many or not enough?

In reality, Jesus wasn’t telling Peter to forgive someone 490 times for each offense, but instead, wanted him to know that forgiveness is very serious.

You see, forgiveness does two things.

First, it clears the relationship between you and the other person.

Many times, when we are harboring unforgiveness toward someone, we avoid them so they can’t hurt us again.

But when we forgive, it is truly forgotten and God can begin restoring that relationship to what it should be or what it was before.

Imagine what it would be like to keep a book with a list of everything wrong that every person ever did to you.

That might become a pretty large book, wouldn’t it?

Now imagine if someone had the same type of book for you?

If we had a book like that for every person who wronged us, we would go around angry and tired from carrying and keeping track of all of those books, wouldn’t we?

Second, forgiveness clears the relationship between us and God.

You might think, “But I didn’t do anything wrong in the first place.”

In Matthew chapter 5 verses 23-24, Jesus is telling the crowds around Him about making things right with each other.

“So if you are presenting a sacrifice at the altar in the Temple and you suddenly remember that someone has something against you, leave your sacrifice there at the altar.

Go and be reconciled to that person.

Then come and offer your sacrifice to God.

It’s hard to love someone if you haven’t forgiven them.

Our willingness to forgive others also shows them how much God has forgiven us.

In Luke chapter 7, Jesus is with a group of people in the home of a religious leader and a woman begins anointing his feet with her tears.

When the disciples ask Him about it, Jesus replied simply, that people who are forgiven little only show a little love to others.

Forgiving others, the way Christ forgave us of our sins, is the only way to truly show the love of Christ.

1. What is the most difficult situation that you have ever forgiven?

If you are comfortable in sharing, please tell us what happened.

2. What is the most difficult thing you have ever had to ask forgiveness for?

What made it so hard? How did you feel?

3. Why is it difficult to forgive those who have hurt you?

4. Why does God forgive us and not hold what we’ve done against us?

5. Did Jesus ever have to ask for forgiveness in any situation?

The answer is no, but it will be interesting to hear the student’s responses.

6. What is the result of refusing to forgive others?

What happens in a person’s heart and mind when they don’t forgive?

7. How do you feel when you have been forgiven?

How does it affect your relationship with the person who has forgiven you?

8. Can you think of something to remember the next time you have to extend forgiveness to someone else?

Thinking about it in advance will help you be more determined to forgive when you are faced with difficult situations.

9. Is it possible to “forgive and forget? How?

10. Think of a person that you have had difficult forgiving.

Take a couple of minutes to pray for that person and think about what you can do next to bring healing to the situation.