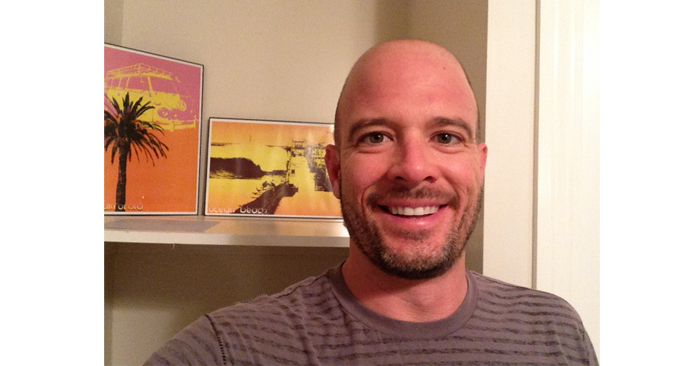 While I was running tonight I got this crazy, insane idea. Starting tomorrow, Monday, December 15 I’m going to take the 7 Day Challenge. It’s something that I came up with. I’m going to exercise for at least 30 minutes every day for the next 7 days straight – no breaks.

Why? Because I want to inspire others to take their own 7 Day Challenge (you set your own minimum amount of time to workout each day).

Not only am I going to take the 7 Day Challenge, but I’m going to blog about the experience, sharing my failures, struggles and successes. Although I currently work out 3-5 days a week, I’ve never gone 7 days straight without taking a break.

Exercising has changed my life over the last couple of years and it has the power to change your life.

Exercise will give you more energy and an overall better experience of life.

We all know that, but the problem is that we can’t get in the habit of exercise.

We try to exercise or know we should…but we don’t.

For 18 years that was my story, but a couple of years ago I reached the tipping point. Now, my daily experience of life is significantly better because of working out (and now eating healthier).

You too can reach the tipping point.

Maybe you can relate to my story.

In high school I was on the wrestling team. We worked out 6 days a week for 3-4 hours a day. I kept that schedule about 9 months out of the year for four years straight. Although I wasn’t eating all that healthy, I was in awesome shape.

Then I went to college and probably gained 10-20 pounds within a few months.

I lived this way for about 10 years and sort of got away with it because of my age.

But in my late teens and early 20’s -I had a high metabolism rate and a natural high-energy level. So, all appeared to be just fine in my brain.

However, In my late 20’s as I approached 30 years old, it all started to change. My energy level dropped significantly, and I started to gain a good amount of weight (all in the belly area).

To make things worse, at the time I was experiencing a lot of stress in my life.

I was a leader at a church with a demanding schedule. I worked way too much. Partly because I chose to and partly because the church culture was very driven (but it has changed for the better now).

I also had a good amount of stress at home. I got married within 6 months of starting to date my wife. We conceived our first child together on our honeymoon and had kids back to back. Within a couple of years we had three young kids.

It was a crazy time in life.

I knew that something needed to change. I knew exercise (and maybe eating healthier) was the key to a better experience of life.

So, every once in awhile I would set a goal to start working out. And for a few weeks, I would be consistent.

Then, I would stop.

Then a few months later or maybe a year later I would start again.

Then, I would stop.

This went on for 7-8 years. I was on a never-ending cycle of starting to workout and then stopping shortly after. I was on an 18 year streak of eating unhealthy and not consistently exercising.

Then, I reached the tipping point.

About four years ago when living in San Diego, we went from a two car family to a one car family.

I rode a scooter to get around town for about a year and a half or so.

Then, the scooter broke down. And instead of fixing it, I started to ride my bike as my main form of transportation. I was getting a little exercise in each day.

Something happened. I liked riding the bike. So, I kept riding my it and decided not to not fix my scooter.

Then, I started to take walks around the neighborhood every once in awhile – just for fun.

Momentum started to build. I was taking small steps to a becoming more fit.

Without realizing it, I was forming the new habit of exercising. It really didn’t matter how many calories I was or wasn’t burning. The new habit was the launching pad to a healthier lifestyle. It took me 18 years to finally get to this point.

We were both on this new journey to a healthier lifestyle.

(Of course, she was on the fast track and I on the slow track. Since then, she has ran multiple half-marathons, always ranks high in any race she’s in, and is now competing for a triathlon. Wow…she’s my hero!)

After biking and walking for about a year, I was ready to take it to the next level.

So, our family joined a gym.

I started to work out at the gym a little bit here and there, on top of biking and walking.

I made a commitment to consistently workout 3-4 days a week at the gym, then do some other form of exercise 1-2 days a week.

I also made it a goal to eat a lot healthier.

I stuck to those goals.

As a result, I lost more than 15 pounds of fat and gained a good amount of muscle.

I’m now 39 years old and am in the best shape of my life! I have more energy now than in my early 20’s. I feel the best I’ve ever felt in my life. I can honestly say that eating healthy and exercise have positively affected every area of my life!

I’m able to contribute so much more to my family, business, and church.

The #1 thing I’ve learned in this entire process is that 90% of the battle is starting the habit. Once you do, it will be the launching pad to much more.

Now is the time to change!

So, I want to do something I haven’t yet done. And while doing that, I want to inspire you to do your own 7 Day Challenge.

I’ll send you emails and updates on my progress. I will also share with you the lessons I will learn that are applicable to you starting the new habit of exercising.

Then, allow me to help you start your own 7 Day Challenge starting on January 2 (more about that later).