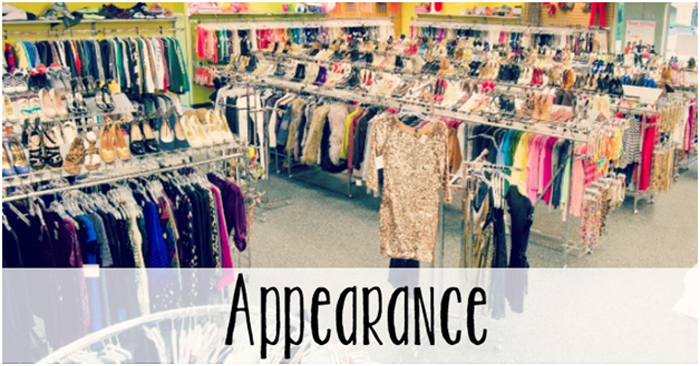 Overview: Students spend more time on their outward appearance than they do on most other things in life. The problem with this is that people are the ones who look at the outward appearance; God looks at the heart. He’s more concerned with your character than how you look on the outside.

Before the game begins, put a piece of fruit in each box, and make sure the fruit inside the box is different than what the box says.

Scatter the boxes around the room. Break the group up into two teams.

Tell the teams that they have to find the labeled boxes around the room and gather one orange, one apple, one lemon, one lime, and one banana and bring it back to you.The first team to do that will win.

If they bring you back the correct boxes without opening them, tell them that’s incorrect.

Eventually, someone will open a box and realize that the boxes are labeled wrong.

The teams will then have to scramble to figure out which boxes contain which fruits.

The first team to bring you all five fruits wins.

Wasn’t that game tricky? You didn’t know it, but the outsides of the boxes were totally wrong. It didn’t matter that you brought me boxes that looked like they were the right ones from the outside, it was what was on the inside of the boxes that mattered.

How much time do you spend on your appearance? Think about it—between your face, your hair, your clothes and shoes…that’s a lot of time that you spend every single day.

Now, there’s nothing wrong with spending time on your appearance. It’s okay to want to look nice, and it’s a good thing to care about your outward appearance. It just shouldn’t be your focus.

So if outward appearance shouldn’t be your main focus about yourself, what should be?

Your heart should be your main focus. Why? Because the heart is what God looks at. He doesn’t look at the outward appearance, like we do. No, He looks straight at the heart.

This verse says that people look at the outward appearance. So when we put all of this effort and time and thought into our outward appearance, it’s obviously for people. I mean, you already knew that, right? It’s not like you thought that one day you were going to walk outside and bump into Jesus and say, “Oh, look how nice I look for you today!”

Like I said, there’s nothing wrong with wanting to look nice. When it starts to become a problem is when you focus so much on your outer appearance that you forget to focus on your heart.

Get out two coffee cups.

I need a volunteer to come up here.

Okay, so I thought we’d share a cup of coffee together. Sound good? Now, I only have two cups here. Since you’re my guest, I’ll let you pick first.

Which one would you want to drink out of?

If the student chooses the clean coffee cup, show them the inside. Have them pass it around to the rest of the group.

Isn’t that gross? What if you came over to my house and we sat down for dinner, and I served you a drink in that cup? It would be disgusting, right?

Why, though? I worked hard to clean the outside of it, since I knew you were coming over. The table looks nice. Everything looks great from the outside—does it really matter what the inside looks like?

Of course it does! You would never drink out of that nasty cup! But that’s how we act in our lives, isn’t it?

The Pharisees were people who prided themselves on being very religious and “godly” in front of other people. They publically paraded around following all of the Biblical rules. They made sure everyone around them knew that they were doing what was right, and they were very quick to condemn others who weren’t doing what was right. These people were all about appearance.

But Jesus is quick to call them out here. He says that even though the outside is clean and looks right, the inside is filthy and full of greed and selfishness.

Ouch. That’s tough to hear, isn’t it? Mostly because we’re very guilty of acting like that sometimes.

We look the part, dress the part, and act the part. We go to church, we raise our hands during worship, and we don’t take part in things at school or with friends that we know are wrong. Hey, we’ll even be quick to tell everyone that they’re wrong for doing those things.

But all of that means nothing if our heart isn’t right.

Jesus doesn’t care how you look to other people; He cares about how you look to Him. And in order to look good to Him, we’re going to have to make sure our hearts are in the right place. So how do we do that?

Do you think it’s possible to try your best to be like Jesus and to still have a heart that’s in the wrong place? I really don’t think so.

So if you want to work on your heart, here’s a great place to start: look at the heart of Jesus.

He loved others so much so that He was willing to come to a world filled with sin and die for us, so that we could spend forever with Him. If that’s not love, then love doesn’t exist.

All throughout Jesus’ life, we can see how much He loved others. He spent so much time not only telling others about God and His great love, but showing them as well.

Sure, we don’t usually talk about loving others as something that takes a lot of effort. But if we’re honest, we know that it does.

Loving others means putting them above yourself. It means taking the time to talk to them, pray for them, and show them love, even when you’re busy. It means making sure the things you say and do are said and done in love.

It takes a lot of work.

Jesus knew the Word of God and lived according to it.

His entire time on earth, Jesus lived out the Bible. When you look at the heart of Jesus, you see the Word of God. He followed it, quoted it, told other people about it. It was obviously very important to Him.

It should be just as important to you. You should take the time to read the Bible, to learn the Bible, to pray about what the Bible says and what God is trying to say to you through His Word.

You cannot have a heart like Jesus without knowing what His heart was like—so read about it!

Jesus didn’t have to serve anyone—He was the Son of God. But all through His life, we see Jesus serving others. Even when He was tired, He would take the time to help others. On the last night before He was captured to be crucified, He got on His knees and washed His disciples feet, showing them how important it was to be a servant.

Jesus had a servant’s heart. He wanted people to accept Him, but He did not parade around acting as if He were more important than everyone else. Instead, He got on their level and served them, showing such a clear picture of how much God loved them.

Serving others is never going to be an easy choice, but it is the right choice. Do you think that it was easy for Jesus to wash His disciples’ feet when He knew what was about to happen to Him? I don’t think so. But He still did it, because that was His heart.

If you want to reflect the heart of Jesus, you’re going to have to have a servant’s heart.

Above all, Jesus cared about God’s will.

Jesus was all God, but He was also human. The night before He was captured, He knew what was going to happen. He knew how terrible it was going to be, and He asked God, if it was at all possible, to stop what was about to happen.

But then He said, “Not my will, but Yours be done.” Even in the face of great horror and pain, Jesus was more concerned with the will of God than anything else.

You cannot have a heart like Jesus without following God’s will. You cannot follow God’s will if you’re too busy thinking about how your plan is better than His. It takes a lot of trust, but you have to care about God’s will more than you care about your own.

So no, having a heart like Jesus is not easy. It’s going to take some work.

Having a good outward appearance takes work, right? Of course it does. You don’t just roll out of bed in the morning and never think about how you look to other people.

It’s time to start working as hard on the inside as you work on the outside.

Okay guys, I have an announcement to make.

Put on the mask.

I am now [character’s name].

I look like him/her, so obviously, that’s who I am, right? Do you believe me?

How silly is that? To act like you guys would really think that’s who I was, just because my face looked like them. That’s crazy!

But that’s how we act sometimes.

I hope that tonight has shown you how the outside appearance does not matter nearly as much as the inside appearance, your heart, matters.

We’ve talked about four different ways we can try to copy the heart of Jesus. I really want to challenge you guys to try your best to follow Him in those four areas this week. If you do, your heart will start looking more and more like Jesus. And that’s going to look better than your outside appearance could ever look.

Do you spend more time thinking about your outward appearance or your heart?

Have you ever thought about which one God is more concerned with?

When you look at Jesus, do you think He was more concerned with His outward appearance or with His heart?

What are some things that you think you need to change about your “inside appearance?”

How can you work on loving people like Jesus loved them?

Do you think that knowing what the Bible says is important?

How can you serve others more?

Do you trust that God’s will is better than your own? Why or why not?

Do you think that having a heart like Jesus is possible? How are you going to try to do that this week?

Liked this lesson? You will also enjoy this Youth Group Lesson on Worry