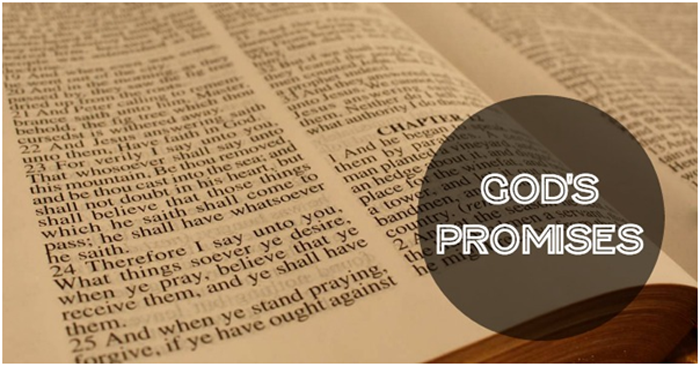 Description: God is trustworthy and faithful in all that He promises us. His promises do not rely on us; they rely on Him. He is faithful even if we are not, but that doesn’t mean we should go on living however we please. Instead, we should live in a certain way, out of thankfulness for those promises.

Game: Build it Up

A pen and a sheet of paper for every student.

A brown paper bag with a candy bar inside of it

Before the game begins, make two squares about 3×3 bigon the ground with the tape.

Split the group into two teams, making sure they each have the following:

Tell them that the object of the game is to build something that is stable enough that the golf ball can balance on top of it for at least five seconds. They must use everything that’s been given to them, and whatever they build must stay within the taped off square.

The first team to build something stable and have a golf ball balance on the top for at least five seconds wins!

Well, God and His promises are nothing like that.

Slide 1: “The Lord is trustworthy in all he promisesand faithful in all he does.” –Psalm 145:13

What an amazing thing to know—that God is trustworthy and faithful in His promises and actions. He keeps His promises, because He is faithful and He will never lie!

It’s pretty incredible to know that God—the one who we’re supposed to follow and trust with our lives—is faithful and trustworthy in everything.

Slide Two: “If we are faithless, he remains faithful, for he cannot disown himself.” -2 Timothy 2:13

I absolutely love this verse. It’s not enough that we just read that God is faithful and trustworthy, now we learn that those things are true even if we are faithless.

Why? Because He’s a faithful God, and He cannot disown Himself or His faithfulness.

I don’t know about you, but if I made a promise to a friend, and then they stopped caring about me, stopped talking to me, and started to pretend I didn’t exist, well, I wouldn’t want to keep my promise to them anymore.

But that doesn’t mean we should just go on living however we please, knowing that God will keep His promises no matter what. Shouldn’t God’s faithfulness to us encourage us to live a certain kind of way?

Slide Three: “Therefore, since we have these promises, dear friends, let us purify ourselves from everything that contaminates body and spirit, perfecting holiness out of reverence for God.” -2 Corinthians 7:1

Since we have the promises—these faithful, forever promises—we should be moved to live a certain way. That certain way includes living purely, getting rid of the unholy things that are in our lives. This is out of reverence for God and thankfulness and respect for the amazing promises He has given us. He definitely deserves that, don’t you think?

Now, maybe you’re confused. What exactly does God promise us? Who exactly are His promises for? We don’t have time to go over all of the amazing promises of His tonight, but I’ll go ahead and tell you the most important one.

If nothing else in your entire life ever goes right again, you are still incredibly blessed. Because this promise is worth far more than anything else that you could ever do or that anyone else could ever do for you.

In the game we played at the beginning of the night, you had to build up this structure that would be stable enough to balance a golf ball on. And it wasn’t easy, because none of the items you were given were really strong, stable items on their own.

That’s kind of how it is in life—you have to choose what you’re going to build on. You can build on your own emotions, but we all know those change. You can build on what you think you know, but that changes too.

If you think your own opinions are stable enough to base your life on, let me just ask you a simple question. What was your favorite shirt two years ago? What did it look like? Did you wear it all the time? Of course you did, it was your favorite.

Would you wear it now?

Probably not! Because things change—fads change, what’s in style changes, what we like changes, and we change.

You’re going to need something much more stable than that to build your life on.

That’s where God’s promises come in.

When you’re confused and don’t know what to do, you can lean on God’s promises. You can build your life on them, because they will never, ever change.

God promises us eternal life. No matter what changes—no matter what fads come and go, no matter what opinions you develop and then change, no matter how many favorite shirts you go through—that promise remains the same. It is steady, it is stable, and it will always be the same.

That’s the kind of thing that you want to build your life on.

I need a volunteer.

Give the volunteer the paper bag and make sure it’s closed.

Okay, so there’s some type of dessert in this bag. I’m trying to decide what I want to have for dinner, but that kind of depends on what I’m going to be having for dessert, so could you please tell me what’s in the bag?

The student will start to open the bag.

Wait! Don’t open it or anything. I don’t need to see it, just tell me what it is.

Now, how silly is that? Is it possible to figure out what’s in the bag without opening it? Maybe. We could all pass the bag around and feel it, shake it, and see how heavy it is. We could ask each other questions about what we think is in the bag.

Or, we could just open the bag and see for ourselves.

This is exactly how we treat the Bible sometimes, isn’t it?

After this lesson, you’re probably wondering what exactly God has promised us.

And there are a lot of ways to go about guessing the answer to that. You could ask around, you could make guesses, and you could talk about it with your friends.

Or, you could just open the Bible and see for yourself.

God has promised us a lot of things. In fact, there’s an entire book filled with His words and promises. So it is so incredibly important that you open the Bible and read it for yourself so you can see what God’s promises say!

Pass out paper and pens to students.

Are there things in life that you’re unsure of? What about things that make you anxious or afraid?

I want you guys to think of three things you worry about—maybe it’s something like your health, your future, or your family. Maybe you also worry about something that is totally out of your control and that just stresses you out to think about.

Either way, write down three things in your life that cause you to worry or stress when you think of them.

Turn on some quiet music and let the students make their lists.

Does everyone have a list of three things? Awesome. Hold onto those, please.

Any guesses how? That’s right, I want you to open your Bible this week! I want you to find out what God says about the things on your list and how His promises relate to those things. Use Google, use the list in the back of your Bible, ask around, sure. But at the end of the day,make sure you actually open your Bible and see for yourself what God’s promises say.

Read His words this week. Read His promises. And once you do, see if that changes the way you feel about the things on your list at all.

Because how can you stand on promises that you know nothing about? You can’t!

So make it a mission this week to open your Bible and search out God’s promises to you. Trust me, it could change your life!

2 Replies to “Youth Group Game and Lesson on Promises”