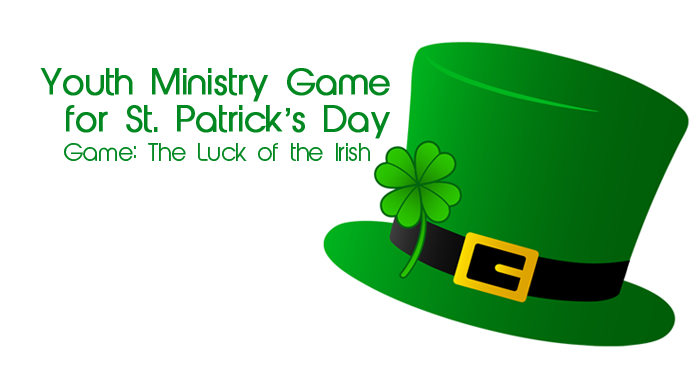 Title – Blind Luck of the Irish

The man for which the holiday that we celebrate every March 17 is named was a real person. Originally called by his latin name, Patricus, he was kidnapped by Irish marauders when he was only sixteen. He was held captive for six years, often treated cruelly, before he finally escaped the country and became a priest. Years later, he returned to Ireland, the land where he endured his captivity, as a missionary. His story is one of amazing grace, forgiveness, and love.

In researching this story, it reminded me of a similar story of captivity and grace. A man named Joseph was sold into slavery by his brothers. Years later, the tables were turned and Joseph had the opportunity to get revenge on those who had made his life miserable. Instead, read what he did.

“Please, come closer, ” he said to them. So they came closer. And he said again, “I am Joseph, your brother, whom you sold into slavery in Egypt. But don’t be upset, and don’t be angry with yourselves for selling me to this place. It was God who sent me here ahead of you to preserve your lives. This famine that has ravaged the land for two years will last five more years, and there will be neither plowing nor harvesting. God has sent me ahead of you to keep you and your families alive and to preserve many survivors.”

The holiday of St. Patrick’s day is often celebrated as a happy day filled with partying and even excessive drinking. Think back to the game we played. It was meant to illustrate one of the stereotypes of the Irish people… that they are “lucky”. In some regard, this is true. St. Patrick (and many other missionaries who followed) did not have to go where God sent him. One of the reasons Patrick was able to successfully reach the people of Ireland for Christ was because of the years he had spent in captivity learning the language and culture. In the same way, Joseph saw his time in Egypt as God’s way of placing him exactly where he needed to be.

Both men could have acted in anger, resentment, and hatred. They could have been bitter toward God and the people who had wronged them. Instead, they allowed God to use their difficult journeys to lead others to Him. As we celebrate St. Patrick’s day, instead of treating with silly frivolity, let’s remember the incredible grace and forgiveness that Patrick showed. Let’s live the kind of love and forgiveness that he lived.

Like this game? View this Youth Group Lesson on St. Patrick’s Day