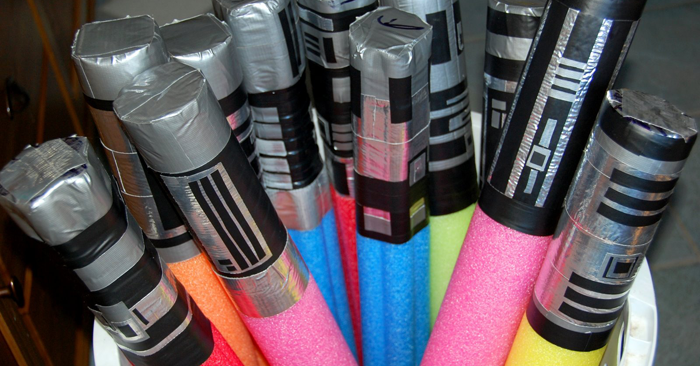 They are just for fun games that your youth ministry will love!

With summer upon us, these are great games to play outdoors. But of course you can play them inside any time of the year (except #3).

Get Ready: Have students get in a circle and put the swimming noodles in the middle of everyone. All players stand up and spread out.

Note: If you have a youth group of over 35+ students, then break them up into smaller circles.

On GO, students go to grab a noodle.

Once you grab it, then it is yours.  No fighting over it.

Students then attempt to hit with their noodle others who are holding a noodle.

Players can only hit below the waist.

Once hit, the player drops the noodle on the ground and sits down in the outer edge of the circle. If a player gets hit above the waste, he/she is not eliminated.

When a noodle is dropped by a hit player, anyone from the circle can now grab it and begin playing.

The new player is given 3 seconds before he/she can get hit by an opponent or attempt to hit another player.

Continue playing until you have one person left standing. Then, play again.

When you say scramble, everyone who was out comes back in.

Do it periodically throughout the game.

When you want the round to end, let it play all the way through without saying scramble.

2. All Out Noodle Attack

Everyone is given a swimming noodle and spread out throughout the playing area.

On GO, players move around and attempt to hit other players with their noodles.

If hit, players must stay still and kneel down. They still have the opportunity to hit other players moving around.

Continue playing until only one player is left standing.

If you want the game to last a long time, have all kneeling players return in the game whenever you say “scramble”.

Periodically say “scramble” until you are ready for the game to end. Same tips as given above apply to this game.

This game needs to be played outside on the grass.

Supplies: One noodle for every player (plus a few extra), water hose, baby shampoo (better than dish soap in case it gets in students’ eyes), 10 x 25 plastic sheeting, and stakes to hold down the plastic sheeting.

Give every player a swimming noodle.

Divide the group into two teams.

Each team lines up on the grass just outside the edge of the plastic sheeting.

Be sure to have them line up on the long end of the plastic sheeting.

On GO, the first player from each team runs and slides on the plastic sheeting.

As they are sliding, have them hit the other player.

Do it just for fun or make it a competitive game with point for the first to hit.

Continue playing until everyone gets a turn…then do it again.