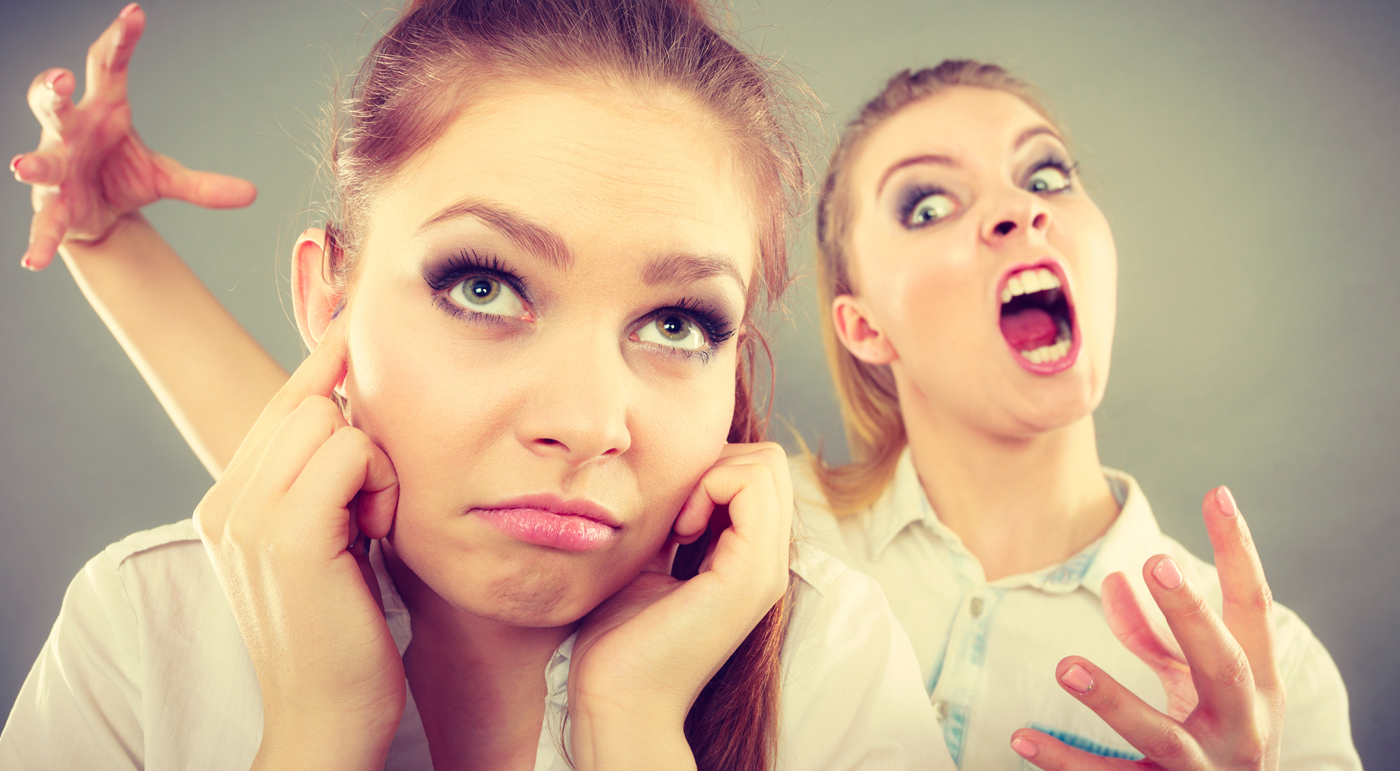 In a perfect world, your youth ministry would exist in a permanent state of perpetual harmony.

Everyone would get along and love one another.

Conflicts from school wouldn’t follow students into your Bible study.

Everyone would have all things in common.

But it’s not a perfect world. Girls fight over boys and boys fight over girls. Lifelong friends experience painful fallings-out. Teenagers live through teenage drama in classrooms, on school buses, and in your youth groups. When that happens, it becomes your problem too.

Congratulations, youth minister, you are now an arbiter of teenage drama.

Here’s how to handle it when it inevitably happens:

Believe me, I get the temptation to just pretend like I don’t see the problem.

It’s teenage drama and it will probably pass in a few weeks with or without your intervention.

Besides, you’ve got three dozen students in your building tonight and you can’t give the lion’s share of your attention to two of them just because they can’t get along.

And anyway, you’ve got a lesson to teach and that’s the most important thing of all, isn’t it?

2) MAKE IT A TEACHABLE MOMENT.

You know what’s more effective than providing Biblical wisdom from a stage?

Providing Biblical wisdom in person, during precisely the moment when your teenagers need it most.

They probably don’t remember the finer points of the message you gave on conflict resolution last fall, but they will remember it forever when you intervene today.

It doesn’t end when they join the workforce.

It just gets a different name.

They’ll experience interpersonal conflict as adults, as parents, as husbands-and-wives, and as co-workers.

Teaching them how to handle their drama now won’t just help them with the problem they’re facing right now.

It’s a tool they’ll use to walk more closely with Jesus for the rest of their lives.

Help students to understand their role as forgivers, and that forgiveness means giving up the right to hurt another person in return.

Help them to understand that we are commanded by Jesus to forgive, even when we don’t want to.

Help them to understand that forgiveness is not an attitude, but an action.

Forgiveness is giving up the right to hurt another person in return.

If you have two students in your youth group who were dating, then broke up because one of them did something wrong, there is an obligation to forgiveness, but not to restoration.

They should forgive each other.

Misunderstanding this difference is a source of a lot of conflict in all teenage relationships.

If you continually hurt a friend, they can forgive you AND decide not to hang out with you as much.

Find ways that we can all serve God, even if we’re rooted in disagreement and anger at the moment.

Make sure that both students know that youth group will be a safe space for both of them, because the THAT is bigger than whatever drama they’re in the midst of right now.

HOW DOES THIS WORK IN PRACTICE?

In my youth ministry, I worked with two guys who were best friends: Jake and Matt.

Jake and Matt were best friends, unfortunate emphasis on were.

Jake made the baseball team.

Matt didn’t and that was the moment that ignited the explosion that was coming.

Matt was upset he didn’t make the baseball team and lashed out to another friend that he should have made the team instead of Jake; that the only reason Jake made the team was because his dad was friends with the coach.

I don’t know how much of this he believed.

It was just the angry ranting of a disappointed and embarrassed teenager.

Either way, word of that outburst got back to Jake.

Jake got mad and confronted Matt about it at youth group.

Imagine my surprise when two previously inseparable best friends found themselves at the precipice of a fist fight!

I got involved, pulled the two boys into another room, and left volunteers in charge for a little bit.

(Here’s one more reason why it’s so important to have an abundance of volunteers, by the way.)

I listened to both of their stories.

Matt realized he shouldn’t have said what he said and he apologized.

I talked about forgiveness.

Jake said he wasn’t ready to forgive Matt, yet.

He was still mad.

I explained that you could forgive someone and still feel mad.

Forgiveness doesn’t mean not being upset, I explained.

It means giving up your right to hurt him in return.

Could Jake do that? Jake said that he could.

Then we talked about restoration.

This was a relationship that didn’t need to end, at least not in my opinion.

Last of all I explained that we were at youth group tonight to worship God and that their conflict didn’t need to get in the way of that.

The next week, Jake and Matt were best friends again.

Was it because of me? Probably not.

With or without my intervention, they were probably bound to restore their friendship.

But when they graduated high school, both Jake and Matt shared that that day was a particularly meaningful one for them.

It was the day that the both understood what forgiveness was supposed to be.

So the next time there’s drama in your ministry, don’t be afraid to handle it. It might just be the best sermon you ever gave.