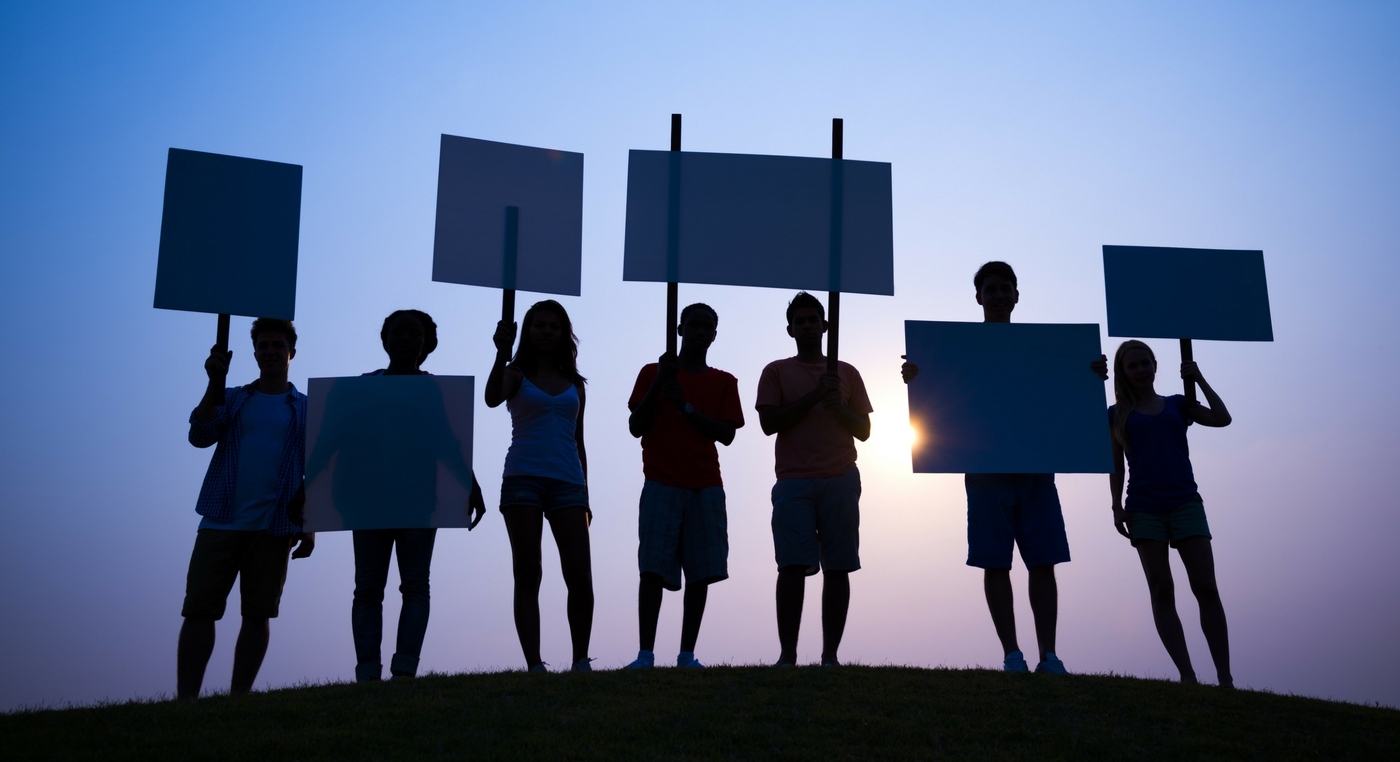 Maybe you have too. Teenagers all over the United States participated in a walkout to protest gun violence. They’re organizing fundraisers for marginalized groups in their communities. They’re speaking out about political issues with a louder and more cohesive voice than any other generation of teenagers before them.

Does your youth ministry have a voice in those conversations? It needs to.

First, let’s cover why students are so fired up for justice issues and activism, and then we’ll get into how youth ministry needs to respond to it.

TOUGH ISSUES ARE PERSONAL TO THIS GENERATION

When I was a teenager, conversations about homosexuality were always abstract conversations. I didn’t know anyone who was openly gay, and so when we talked about it in youth group, it was easy to imagine that it was a problem we could solve for people we would never meet.

If you’ve ever had a conversation about homosexuality in your ministry setting, you know it doesn’t go like that anymore. We’re not talking about an abstract group of people who are out there somewhere. We’re talking about people they actually know; their friends, neighbors, and classmates.

This does not mean that you change what you say, but it might mean you need to change how you say it, because I can promise you it will change the way your students hear it.

SOCIAL MEDIA HAS GIVEN TEENAGERS A VOICE

As recently as ten years ago, a teenager didn’t really have a platform outside of her own friend groups and classmates. Now, that’s all changed. Last year, a student in my youth group posted a silly meme on Twitter that ended up going viral. It gained him more than 10,000 Twitter followers. (It let us have a pretty cool conversation about how he can leverage that for God’s glory and how he has to be careful not to make Christ look foolish.)

One reason that my student and others like him are more vocal about issues of social justice and inequality is because he can see that his voice does make an impact, and that he is heard.

THE INTERNET HAS EXPOSED THEM TO DIVERSE VIEWPOINTS

I had a friend in college who was raised in a very conservative church in a very small town in the heart of the Bible Belt. In college, his mind was continually blown by other Christians who had different theological or political views than he’d been raised with.

Why? Because he’d been raised in such a way that he didn’t even know it was possible to think differently.

Today, the Internet has made our world smaller and far less insular. Students are inundated with philosophical teaching, scientific theory, atheistic principles, and Christian teachings that run the gamut of theologies.

A lot of the elders* of the Church will lament this exposure as the moral failings of a cracked society. I respectfully disagree. In fact, I think it’s a good thing.

The fact is, those diverse viewpoints have always been there. Our teenagers were always going to run into them someday, and I’d rather have them learn to wrestle with ideas that challenge their faith while they’re still living at home with parents to shepherd them and a youth ministry to guide them.

I’d rather prepare my students for the reality of the world that’s always been there instead of launching them into that world and pretending that it didn’t exist.

*Please notice that I didn’t capitalize the ‘E’ in elders. I’m referring specifically to those in the Church who have been around a long time and are not accustomed to change, not the Biblically-established office of Elder.

HOW WE TEACH THE SOCIAL JUSTICE GENERATION

Instead, we have to teach teenagers how to read and understand, and interpret Scripture for themselves. We are not the filter between them and God’s Truth. We just teach them how to go to the Source and give them the tools they need to read God’s Word for themselves.

HOW WE LEAD THE SOCIAL JUSTICE GENERATION

Seriously. Turn on the news. We don’t lead them anymore. They’re off leading on their own. They’re off and running and often in the exact same way that we’ve preached and taught about leadership in our own youth ministries. It’s just that, now, they’re actually doing it.

We need to understand our new role as pastors and guides, but trust that teenagers can go and do what we’ve encouraged them so often to do – to make a difference in this world for the glory of God’s name and for the sake of His Kingdom.

HOW WE ATTRACT THE SOCIAL JUSTICE GENERATION

Here’s what you need to understand about the social justice generation.

They view their work as life-and-death stuff, and in many cases, it is.

They view their role as justice-bringers as something ordained and commanded by God, and they’re absolutely right about that, by the way.

They would tell you, perhaps not so eloquently, that if your church is not concerned about life-and-death and justice, then they’ll find a different church.

They would tell you that if they can’t find a church that’s concerned about life-and-death and justice, then maybe they don’t need the Church.

Make sure that doesn’t happen. Be a church and a ministry and a pastor who equips and encourages your teenagers as they lead the way toward social justice.

I already know there’s pushback. Not every cause your students are passionate about lines up with your congregation’s theology. That’s okay. You don’t need to get involved in those.

But think about that student who organized the fundraisers and the march for the thing that you don’t necessarily agree with. Do they have the skills and the experience and a network that could be leveraged for something else? What if they got excited about clean water initiatives in Africa? What if they got excited about your mission trip to Guatemala? Think you could use them then?

You know you could. And if we want this generation to continue to prioritize the Church, we need to prioritize the justice issues of Christ, and know when to get out of the way while we guide our teenagers toward changing the world.

HOW TO WORK WELL WITH OTHERS

2 Replies to “THE SOCIAL JUSTICE GENERATION: WHAT IT MEANS FOR YOU”