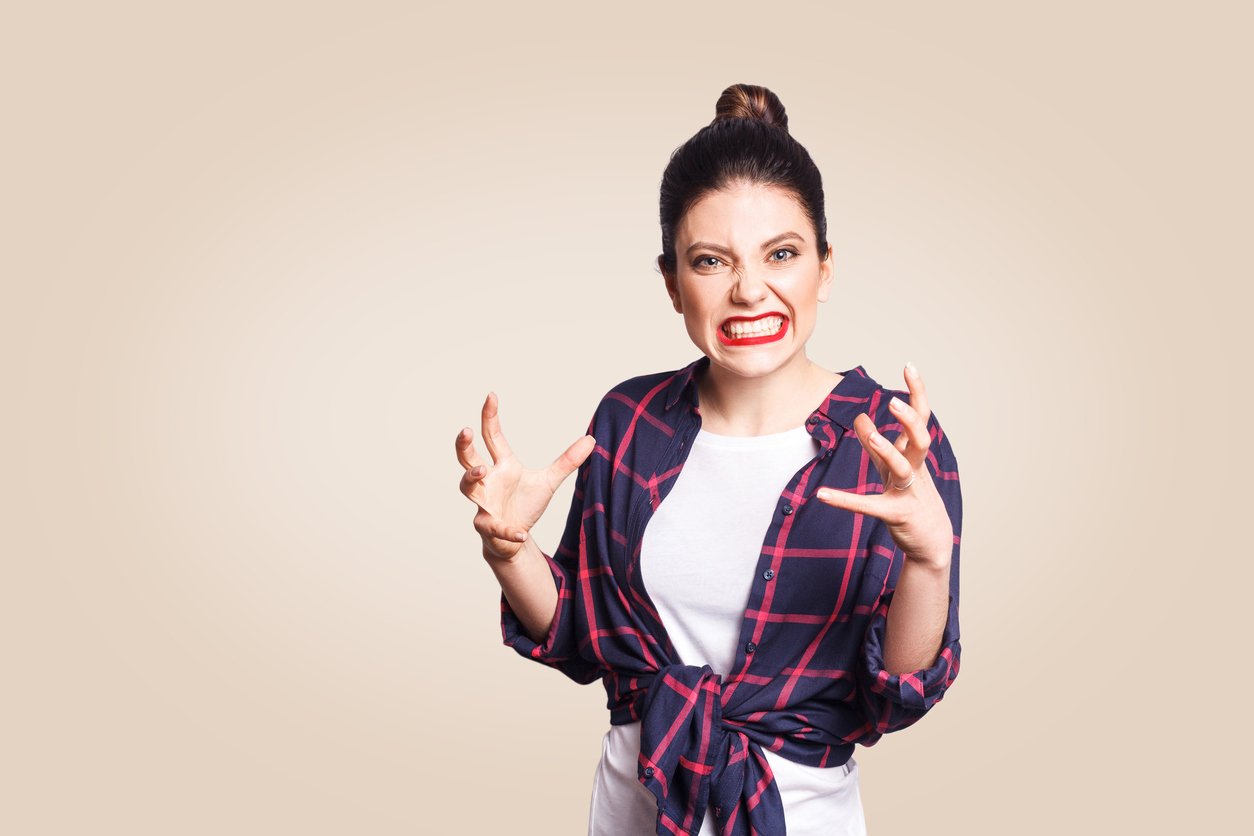 Anger is a strong emotion that if not controlled, will control you.

In the Book of Proverbs, we discover that “Fools vent their anger, but the wise quietly hold it back.”

God has given us many tools in His Word that help us in every situation in life – including those that provoke and irritate us.

Use this youth group game on anger to encourage students that God walks with us through all of our emotions and in every situation.

Bottom Line: God walks with us through all of our emotions and in every situation.

Attach 2 cups together at the bottoms by wrapping duct tape around them—you should have 2 sets.

Divide students into two teams of equal size and have each team form a single file line.

Say: Today, we have a game that might test your patience with yourself and each other.

Put your hands on the shoulders of the person in front of you.

Throughout this game, you cannot take your hands off of their shoulders, no matter what happens.

Give each team a set of the cups that are taped together.

When I say, “Go,” the person at the front of your line will put one end of the cup on their right foot and pass it off to the right foot of the person behind them.

The passing will continue until it reaches the person at the end of the line.

Then, the last person in line will put the cup on their left foot (without taking their hands off of the shoulders of the person in front them) and begin passing the cup back to the front of their line, using their left feet.

The first team to pass the cups back to the front of the line wins!

Say: That game might have been a little frustrating for some of you, but you did a great job keeping your feelings under control.

So, today, I have a confession to make—sometimes, I get angry.

Of course, not at any of you.

But at situations that happen in my life.

Like, when another driver cuts me off on the road.

Or someone cuts in front of me in line at Starbucks.

Or when someone eats the last of my (say your favorite food).

It’s difficult not to show when I get angry.

I have to make the choice to let God help me when I feel angry.

Ask: But, did you know the Bible says it’s okay to get angry?

What are some things that make you angry?

In the New Testament, we read that even Jesus got angry when people were using the Temple area to cheat, overcharge, and steal from people.

Ask: Can someone share a time that you let anger get the best of you and then you had to pay the consequences for your angry actions?

Being angry never turns out well for either side.

People can get hurt, physically and emotionally—which can then lead to spiritual hurt.

Fools vent their anger, but the wise quietly hold it back.

Ask: Name some situations or circumstances when it’s okay to feel angry.

Encourage the students to focus on the situation, not a person or group of people. Examples could be cancer, injustice, pollution, or similar things.

When some people get angry, they might want to punch something or throw something.

Others may want to scream, yell, or stomp their feet.

Other translations of this verse say that fools give full vent to their anger.

That means they just let it all out and unload on anyone and everyone that comes near when they’re angry.

But the last part of that Scripture says that the wise quietly hold it back.

It doesn’t mean the wise don’t get angry, but they are not the ones who will vomit their anger all over anyone in their way.

So, what is the difference between the anger that fools vent and the anger of a wise person?

When Jesus was angry at the “money-changers” in the Temple, He was angry that they were stealing from people.

They were treating the Temple as just another way to scam people out of money.

Similar to those social media scams that say, “Send me $19.95, and I’ll tell you the secret to making millions from the internet.”

Jesus was angry because what they were doing was not right.

When you get angry, are you angry at the person or the situation?

A wise person holds their anger back quietly.

It doesn’t mean that they never feel angry, but they don’t show it very much, very often, or hardly ever at all.

Since every human being on the planet gets angry, including you and I, here are a couple of things you can do to help manage your emotions:

Wise people who hold back their anger are able to assess a situation and decide what is worth getting angry about and when they should keep quiet.

There are things that every Christian should get angry about, and do something about if they can—and if God directs them to take certain actions.

Even though people can be extremely passionate about situations and issues, remember that people are made in God’s image and we are called to love everyone—even if we disagree with what they stand for or believe in.

When we face a situation that makes us angry, we naturally want to lash out in the moment.

Take a breath, walk away, do whatever you need to do to keep from responding negatively in the moment of anger.

Then, once you’ve considered an appropriate, Christ-like response, explain that you are angry at the situation, but not the person.

For those who may get angry quickly, there are tools you can use to help manage your anger—consider working out or running to let off some steam.

You can also talk to a trusted adult or friend who will pray with you when you need help.

Sometimes, even just separating yourself from a situation can make a big difference in how you react.

You will find that many things are just not worth getting, or staying, angry over.

God has given us so many tools in His Word that help us in every situation in life.

His desire is to walk with us through all of our emotions and in every situation.

God is with you, even when you’re angry and you can always turn to Him to help you.